In 2004 Chateau Palmer, in Margaux, revived the practice of “Hermitaging” wines of Bordeaux and released a very limited special release they called “Palmer Historic XIX Century Blend”. This wine revived an old (and notably illegal) practice of adding a small amount of Syrah to the Cabernet Sauvignon wines of Bordeaux. In the 19th century when this practice was common the Syrah used was that of Hermitage, arguably the best Syrah in the world.

Le Vieux Pin Retouche is not a Cabernet/Syrah blend, rather it is Cabernet Sauvignon with just enough Syrah added to increase the mid palate weight and overall depth of flavour. We spent days of trial and error ensuring that the Syrah we blended in acted like marionette strings invisibly bringing out the best in the Cabernet Sauvignon. A mere 62 cases of 2009 Retouche were made and will be released on a limited basis to our Wine Society members, our mailing list and few select restaurants. 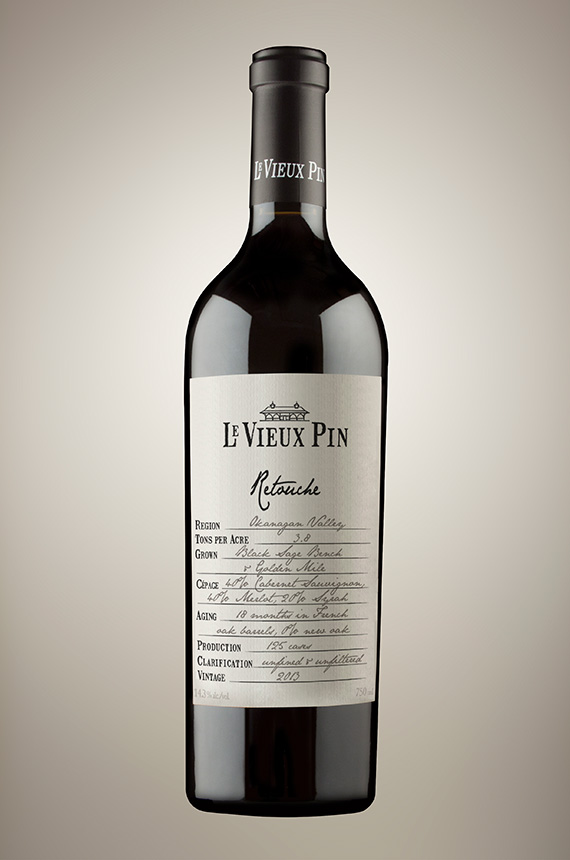