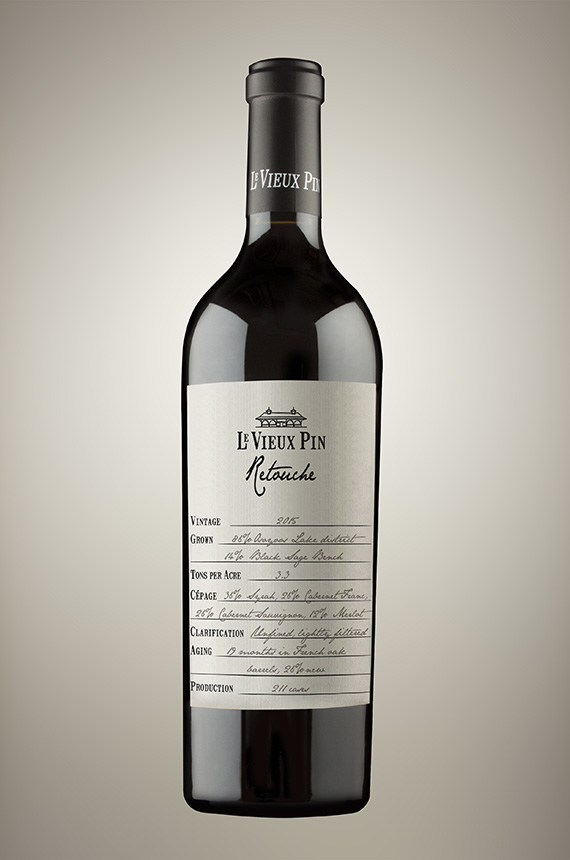 A mere 211 cases (6 barrels) of Retouche is made in 2015. Retouche pays homage to the historical practice of “Hermitaging” wines in Bordeaux during the 1800’s. Winemakers in Bordeaux added Syrah (often from the famous vineyards in Hermitage) to their wines to add warmth, roundness and comfort-characters sometimes missing from the structured, powerful Cabernet Sauvignon and Bordeaux Blends in general.

It would be incorrect to simply call Retouche a Cab/Merlot/Syrah (CMS as they call it in parts of the new world). Not just any Syrah would do. It had to be the right parcel added to our Bordeaux blend so it would sit invisibly behind the Cabernet(s)/Merlot blend filling in the gaps. Think of Syrah acting as invisible marionette strings to bring cabernet to life. After all, it wasn’t until the late 1900s that the world learned about this fraudulent practice in Bordeaux.

South Western French dishes are a natural fit with the slightly spicy flavours of the Pyrenees. Braised rabbit and prune, sweetbreads and Perigord black truffles are all lovely matches.