The article below comes out at the perfect time.

This past February we took a trip to New York City alongside some of our most respected neighbour’s and peers. A special thanks must be directed towards Vancouver’s own; Kurtis Kolt. Kurtis has become a tireless advocate for our region and his efforts organizing the event will not be forgotten. NYC boasts some of the best wine lists and writers in the world and provides an ideal platform to assess regional progress.

The venue for our educational event needs little introduction ‘Corkbuzz’, has become a staple of the Union Square restaurant scene and boasts a carefully selected and creative wine list.  Our Valley is blessed with diversity of soil, climate and topography. Our message was clear; we have embraced these attributes and wish to showcase them in the bottle.

The event was a resounding success and wines from both LaStella and Le Vieux Pin (as well as our industry friends) were extremely well received. I struggle to think of somebody in attendance who was not sincerely surprised by the quality on offer. We are still receiving positive feedback from the event.

And on the heals of NYC, we are getting ready to travel to London, England in May to visit the Canada House with more of our Okanagan colleagues such as: Laughing Stock, Tantalus, Painted Rock and Blue Mountain. The event in London is geared towards educating the trade and media there about what is happening in the South Okanagan wine region.

They do see a small amount of our wines abroad, and in London you can find our Syrah exclusively sold at Negozio Classica Wine Bar and Shop.

To find out more about where are wines are sold and available abroad, send us an email: [email protected] 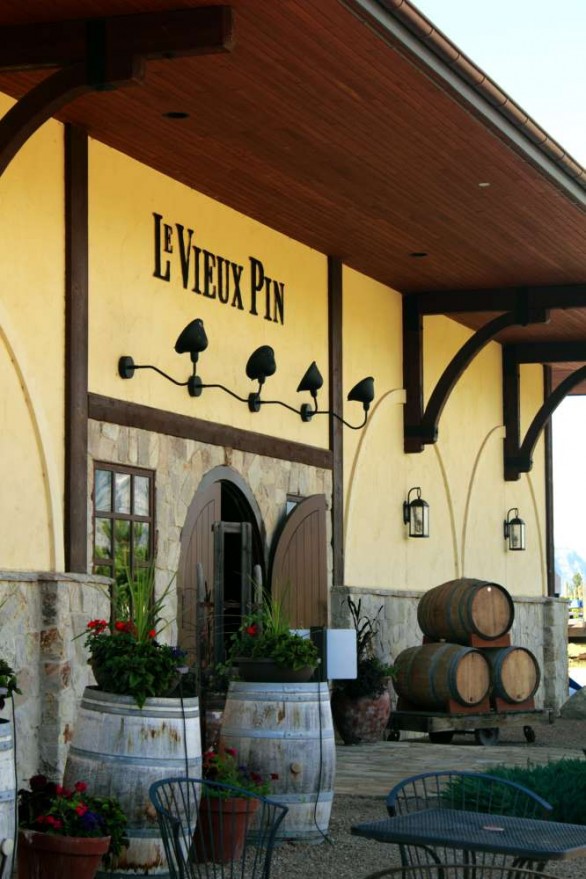 “The notion of selling Canadian wines in Europe may sound far-fetched. But Okanagan-B.C. sister wineries La Stella and Le Vieux Pins have proved that with the right approach, even in markets overflowing with fine wines it is possible to become a toast of the town.

Noting that the South Okanagan’s compact growing area is equal to the size of just “nine or 10 Bourdeaux Chateaus,” Rasoul Salehi, the wineries’ managing partner and director of sales and marketing, says, “It’s quite rare for regions of our size to export. And if they do, the exports are usually dominated by one or two large players.”

According to Salehi not long ago there was little need for Okanagan wineries to export, since “everything to the last drop was purchased in British Columbia.”

Yet as early as 2008, he sensed that the “love affair of British Columbians with local wines” was fading. “I felt it wasn’t sustainable. It’s also risky to be tied to only one market. So we set out to create a more balanced portfolio.”

Salehi looked at nearby markets, such as Alberta, but a dominance among higher-volume lower-priced producers indicated these markets weren’t the best fit for his small-batch vintages. “We realized that we couldn’t win this game through quantity,” he says. 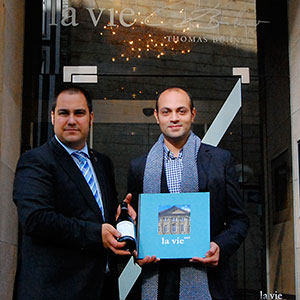 Instead, Salehi felt he could appeal to international aficionados who would appreciate his wines’ unique characteristics, which stem from the Okanagan’s northern desert terroir, climate and diurnal temperature variation. “It gives the wine a lushness and exuberant quality that can’t usually be found in other wine regions,” he says.

“Wines capture an essence of place and time. For us, it’s all about purity and the work in the vineyard.”

Confident in the wineries’ unique sales propositions, Salehi set out to explore opportunity in the heartland of wine – Europe. In a surprise twist, he made a fortunate connection surprisingly close to home. In Vancouver, Salehi met a Swiss wine importer who was in town on a quest to explore the city’s best restaurants and B.C.’s finest wines.

“He loved what he tasted, and the rest is history,” says Salehi, adding that shortly afterwards La Stella and Le Vieux Pins wines’ reputations began gaining traction at trade tasting events. Before long, distributers in Japan and New York were knocking on his door.

A strong digital presence helped too. “A Swedish partner learned about us through my posts on social media,” says Salehi.

Travelling abroad and working with his distributor partners in local markets, Salehi made connections with top-end restaurants and international sommeliers, further fueling interest and sales.

Today, beyond selling their wines across Canada, La Stella and Le Vieux Pins have built customer bases in Switzerland, Germany, England, Japan and elsewhere, including listings on the menus of several Michelin-starred European restaurants.

Beyond having grown its sales and offshore presence as niche player, Salehi is proud that the wineries’ efforts are helping bring more attention to the Okanagan region. “If we succeed, the region succeeds, and vice versa.”

Salehi says he is also fortunate to work closely with a group of about 10 Okanagan wineries that collaborate and share ideas on international expansion. During the first week in February, he and other local winery representatives travelled to New York City to talk to media and importers.

Together, they set out to “sell a lot of wine, create a lot of buzz and be the next thing New York wine heroes are looking for,” says Salehi.

To read the online article, click here: TheRac.ca
Subscribe Now!Sign up and stay up to date with the latest from Le Vieux Pin